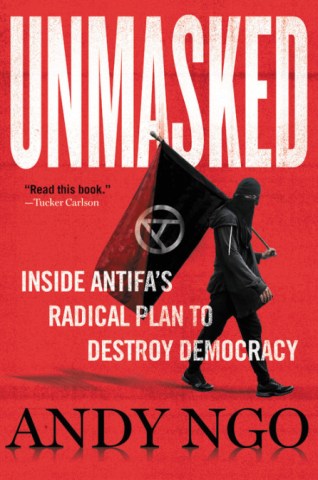 I first heard about this after reading an article (link) about how Winston Marshall from Mumford & Sons left the band because he read the book and commented about it on Twitter. He was attacked by the mob and ended up leaving the band to protect them from further criticism (his essay here: Why I’m Leaving Mumford & Sons).

It fascinates me that a high-profile individual would take a stand like this, and even more so that he quoted Aleksandr Solzhenitsyn's "Live Not by Lies" in doing so.

I was most interested by three things from Unmasked. First, despite the significant controversy surrounding Andy Ngo and taking an initially-skeptical view of anyone commenting on such contentious issues, his first-hand accounts of Antifa are startling. Second, he presents a history of Antifa (chapter 6) and the alignment between Antifa and BLM (chapter 7); especially interesting is his claim about their shared underlying Marxism. Finally, and again taking a skeptical view of anyone actively commenting on these issues, I appreciate Ngo's reference to Antifa and adjacent literature which speaks for itself.