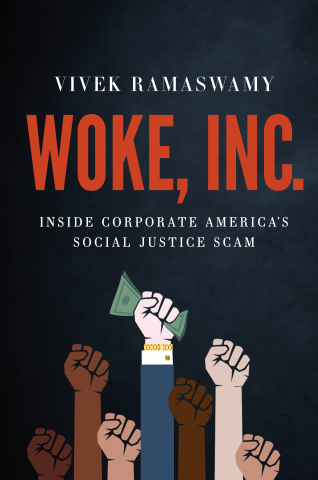 Summary: The Goldman Rule says that "He who has the gold makes the rules" and Stakeholder capitalism says that a firm needs to consider more than just its shareholders. The danger with the latter is that it leads to those with the gold making our moral rules as well. Democracy and Capitalism need to keep their distance to protect both.*

Chapter 2: How I Became a Capitalist

Summary: Capitalism is an economic system and therefore morally inherently neutral, but it is inherently expansive so we must prudently build walls to contain it and protect religion, family, democracy, etc.

Chapter 3: What's the Purpose of a Corporation?

Chapter 4: The Rise of the Managerial Class

Summary: The managerial class of bureaucratic administrators abuses their position (and the business judgment rule) to pursue social ends outside of our democracy.

Summary: We have created an ESG bubble by falsely thinking that a constraint will increase returns and large institutional investors putting large fractions of their assets in ESG stocks.

Summary: Corporations embraced wokeism after the financial crisis to give themselves cover from anger directed at them creating an "arranged marriage" between the two where both gained more money and power. This endangers our democracy by extending corporate power into social matters.

Chapter 7: Henchmen of the Woke-Industrial Complex

Summary: He discusses how the executive branch uses fines and nonprofits to funnel money into desired causes outside the appropriation power of congress.

Summary: International stakeholders, especially China (and in his experience Saudi Arabia), are exerting increasing control over American corporations and universities.

Summary: Silicon Valley engages in "idea-fixing" by censoring what they don't like on their platforms, enabled by Section 230. He suggests amending Section 230 to also require adherence to the First Amendment.

Summary: Wokeness is the new orthodoxy and the new "Church of Diversity" is the real threat to diversity of thought.

Summary: He makes a legal argument that political thought effectively is in the same category as religion for the purposes of limitations on discrimination.
- The Bostock decision extended civil rights protections to sex even though that wasn't in the Civil Rights Act of 1964: political affiliation can similarly be added (247)

Summary: He proposes a new "Critical Diversity Theory" to bring true diversity of thought to organizations.

Summary: We increasingly sort ourselves into tribes, and this is fueled even more by the echo chambers of social media platforms. We lack a shared national identity, an issue foreseen by the Founders.

Chapter 14: The Bastardization of Service

Summary: He proposes compulsory service for American youth to discover its greatness by working together to build it.
- "In America we simply can't do anything just for its own sake anymore" (307)

Summary: Americans live with the paradox of diversity and unity, and we need to build the unity in how we describe America.